9 Out of 10 Back Surgeries Not “Necessary or Effective”

The above headline is a quote from Dr. C.N. Shealy, a medical doctor who is a 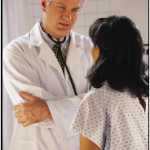 neurosurgeon at the Pain Rehabilitation Center of the University of Minnesota.

In studying a number of patients at the Center, Dr. Shealy found that nearly 70% were “repeaters” on lumbar disc surgery.  According to the good doctor, if the patients failed to obtain relief from the first operation, the second and subsequent oneswould also prove ineffective.

Of the 50,000 spinal operations performed in the United States each year, Dr. Shealy believes that only one in ten can be justified.  He contends that back surgery should only be used as a last resort after all other methods have failed.

Doctors of Chiropractic agree. They are not opposed to all back surgery, just those cases where surgery is performed before all other methods have been tried and failed.

Since statistics indicate that a very large percentage of back problems are due to structural or mechanical defects of the spine, these cases may respond favorably to chiropractic.  The Doctor of Chiropractic is a specialist in problems of the spine, nerves and muscles.

Why are there so many problems with the low back?

The lower spine is constructed in a way as to allow freedom of movement in twisting, bending, etc.  Yet this very structure accounts for many of the problems.

Back surgery is a very significant attempt to solve a back problem.   No matter whether it succeeds or fails, scar tissue will remain and the muscle structure will have been weakened.  If the spine is fused in one area its movement is restricted and the remaining vertebrae must work even harder than before.

While there are cases where back surgery may be necessary, it should be employed only as a last resort.  Chiropractic has achieved success with structural and mechanical defects of the spine that would indicate that it should be a first option for such problems.