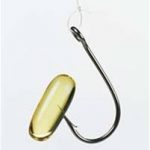 Nonsteroidal anti-inflammatory drugs (NSAIDs) are commonly used and well-known to be effective for both acute and chronic nonspecific back and neck pain. Unfortunately, extreme complications including gastric ulcers, bleeding, heart attack, and deaths are associated with their use. The omega-3 essential fatty acid found in fish oil is an excellent alternative with fewer side effects. It reduces the inflammatory response and consequently reduces pain.

A research article published in Surgical Neurology studied 250 patients with nonsurgical back and neck pain. They took 1200-2400 mg of omega-3 essential fatty acid (fish oil supplement). The results are very impressive, and indicate that fish oil supplementation is a safer alternative to NSAIDs for those with neck or back pain.

Why Fish Oil for pain?

In 1971, research found that blocking the COX enzyme would block conversion of arachadonic acid to other pro-inflammatory chemicals that result in inflammation and pain. Since then, over 70 million prescriptions are written each year, and 30 billion over-the-counter NSAID tablets are sold annually. 10-15% of US adults routinely use NSAIDs. All of this does not come without any risk. Half of users experience dyspepsia. Nearly all patients who take long-term NSAIDs demonstrate gastric bleeding and up to 20% have ulcerations. 3% develop serious side effects resulting in 100,000 hospitalizations and 16,500 deaths each year. NSAIDs are the most common cause of drug-related sickness and death. Other NSAIDs like Celebrex and Vioxx specifically inhibit the COX 2 enzyme, yet are associated with increased heart attack and stroke and are no improvement on the prevention of ulcers. Vioxx was voluntarily withdrawn from the market in 2004 because of the risk of heart attack and stroke.

The most effective natural agent for decreasing inflammation is the omega-3 essential fatty acids found in fish and fish oil supplements. Its active ingredients are EPA and DHA, which inhibit pro-inflammatory chemicals in nearly every cell of our body. Significant scientific research have demonstrated: reduction in joint pain secondary to rheumatoid and osteoarthritis, improvement of macular degeneration, improvement of cholesterol profile, reduced heart attack from atherosclerosis, and other various inflammatory diseases.

Regarding dosage, the USDA has suggested limiting fish consumption to one fish per week because of concern regarding toxic contaminants. So, the most usable form of omega-3 essential fatty acid is fish oil supplements, which have been purified to remove contaminants. Most research studies utilized 1200mg or more of EPA/DHA per day. There is no known safe upper limit, yet any patient on anticoagulants should consult with their physician to avoid problems with prolonged bleeding time.

The study cited here in Surgical Neurology was not a placebo-controlled or randomized comparison of effectiveness. Nevertheless, it does demonstrate that patients previously taking NSAID drugs describe a significant benefit when changing to fish oil supplementation.