In the never ending battle against lower back pain, new research is vital. A 2008 study by Luomajoki (1) reveals some new and relevant information regarding low back movement control in patients with lower back pain. The hypothesis being studied is that abnormal movement patterns are associated with lower back pain. This hypothesis has been studied since Panjabi (2) described the stabilizing system of the spine in 1992. Since that time, many studies have been done which support the idea that failure to perceive and control movement in the lumbopelvic spine leads to abnormal movement, repetitive sheer stresses and onset of lower back pain. Lewit and Janda (3) developed systems of movement pattern evaluations and therapeutics which supports the concept.

In this particular study, 210 subjects were studied – 108 of them with “non-specific low back pain” and 102 controls without current lower back pain. A series of six different movements was assessed including: “waiter’s bow”, “standing pelvic tilt”, “one-leg stance”, “sitting knee extension”, “rocking on all fours” backwards and forwards and “prone knee flexion.” (see below) Twelve examiners, trained in movement pattern testing, evaluated performance of these six tests, looking for each subject’s ability to control movement of the lumbopelvic spine with these movements. Subjects had never before performed the tests, and standardized instructions were given to each one before and during their performance of the tests.

These tests to examine faulty movement are excellent examples of those performed at Cole Pain Therapy Group. 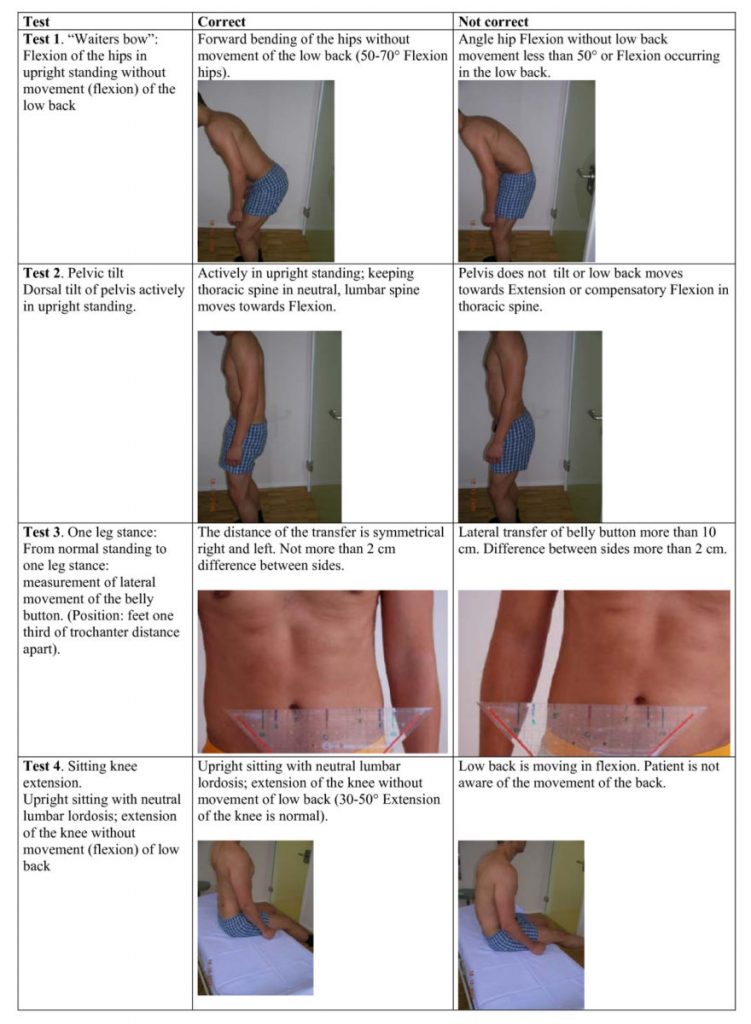 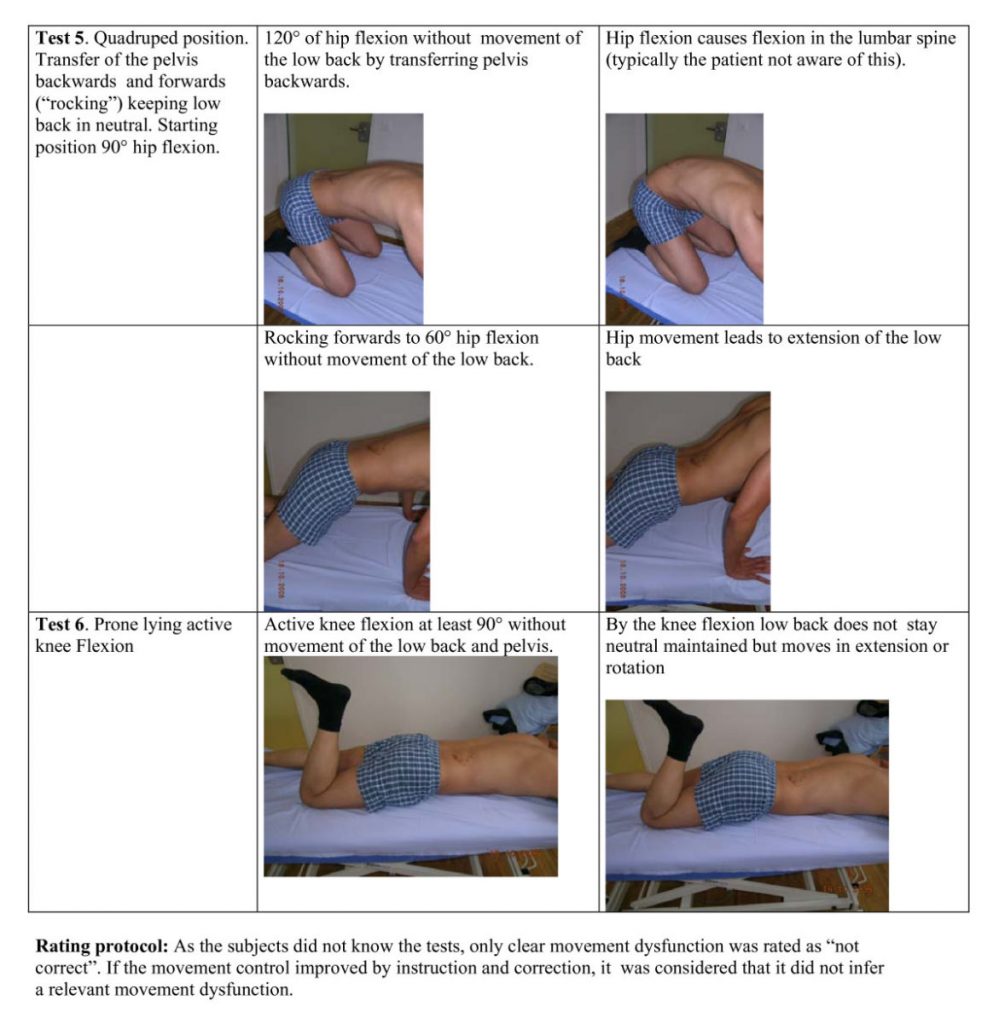 The research findings were very significant. Of those who were suffering lower back pain, on average, there were 2.21 positive tests out of the six. In the control group, on average, there were 1.18 positive tests. It is apparent that there is a strong association between lower back pain and loss of normal movement control and self awareness. Further analysis of the subjects revealed that those with long-term, chronic pain performed even worse than those with new, acute pain. This difference suggests that longer-standing lower back pain produces more severe loss of motion control in the lumbar spine.

1) Luomajok H, Jan K, Eling D, Olavi A, et al. Movement control tests of the low back; evaluation of the difference between patients with low back pain and healthy controls. BMC Musculoskeletal Disorders. 2008; 9: 170.