The movement system, consisting of muscles spine/joints, and nerves, operates in a complex balance of of mobility and stability to support our human frame through a variety of environments. 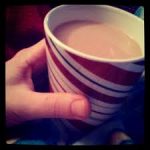 Just consider all that is involved when someone brings a hot cup of coffee to their mouth. That action is so much more than simply flexing one’s arm. In reality it is an astonishingly complicated process, efficiently controlled by the movement system. The muscles have just the right amount of tone resulting in steadiness of movement (a movement pattern). Tactile sensation at the fingertips and lips provide instant and unconscious feedback culminating in a successful movement.

Another amazing feature of the movement system, is that during times of injury and pain, the system adapts in order to maintain comfort. In most cases, the most comfortable movement pattern is the most efficient. Yet, during times of injury and pain comfort does not necessarily equal efficiency. After the injury heals, the altered movement pattern remains. Frequently, this less efficient movement pattern results in a second “overuse” injury. In fact, the number one predictor of musculoskeletal injury is whether or not there has been a prior injury.

In order to discover an inefficient movement pattern that may be resulting in pain in some other location of the body, I will utilize a movement screen. There are several different types of movement screens, yet the goal of any movement screen is to reveal altered movement. These altered movements occur at the subconscious level, and represents an inefficiency of the movement system. The surprising thing to most people is that movements may be strong and non-painful despite being inefficient. Yet it is the inefficiency of the movement which results in instability or overloading of some other part of the body that is resulting in inflammation and pain. 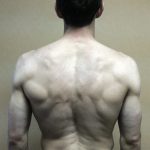 Before starting the reach.

A common example of a movement screening that I use on a near daily basis would be overhead reaching. While there are a number of different ways that an inefficiency is apparent when observing overhead reaching, a common dysfunctional motor pattern is for the shoulder to shrug when one initiates the reach. This inefficiency of movement results in compression of the mid-cervical spine, ultimately resulting in neck pain. 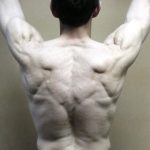 Shrug is no longer visible.

Therefore, it is not uncommon to utilize movement screens to discover the root cause of someone’s pain. At which point, rehabilitation of the altered pattern is an integral part to arriving at a sustainable solution for someone’s neuromusculoskeletal pain.  Screening allows one to get back to living a healthy life and enjoy exercise.