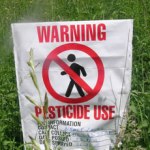 The Endocrine Society recently alerted the public and the health care community about the possible health threat posed by endocrine-disrupting chemicals (EDCs) abundant in the environment, food and consumer products. The statement presented strong evidence that exposure to synthetic chemicals can lead to adverse reproductive outcomes, including infertility and cancer—and “mounting evidence for effects on other endocrine systems, including thyroid, neuroendocrine, obesity and metabolism, and insulin and glucose homeostasis.”1

Numerous research studies have linked chemicals with an increased risk of chronic diseases. Pesticides in particular have been associated with leukemia in children,2 prostate3 and breast cancers,3-5 and allergic rhinitis and respiratory conditions.6 The degree of risk depends on many factors, among them the age of the person, as well as the dosage and length of exposure. The risk is especially great in people who get exposed to chemicals occupationally—such as farmers and agricultural workers.7,8

But even for the regular consumer, there is no escaping chemicals—and food presents a significant source of exposure, says Sarah Reilly, a certified holistic nutritionist practicing in California. “Yearly, 800 million pounds of pesticides are used in agriculture—it’s three pounds a person,” she says. “When we are eating a chemically grown strawberry, we get exposed to at least eight different pesticides, which produce a synergistic effect on the body, exponentially multiplying toxicity.”

“Evidence shows that we get exposed to many chemicals on a daily basis, which leads to deleterious effects on health,” says Andrew Chernaik, MD, a hospitalist practicing in the Denver area. “Exposure to additives, preservatives and pesticides over time can lead to cancer, cardiovascular disease and Alzheimer’s. It can also affect fetuses in pregnant women and babies through breast-feeding, leading to birth defects, as well as affect fertility.” 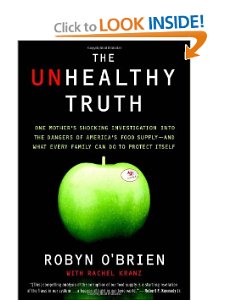 While some are looking for harder evidence that chemicals are indeed harmful, others prefer to use a more common-sense approach to health. “The American food supply contains a lot of chemicals that aren’t used in other countries. Other governments ban chemicals from foods because they haven’t been proven safe; in the United States, we allow them because they haven’t been proven dangerous,” says Robyn O’Brien, MBA, author of The Unhealthy Truth. “According to the [American] Cancer Society, the United States has the highest levels of cancer in the world. If you moved here from another country, like Japan, your risk of cancer increases four-fold,” she adds.

A Word About Plants

The main principle in decreasing the effect of carcinogenic chemicals on health is consuming a plant-based diet, which is rich in antioxidants, says Dr. Chernaik. “Animal proteins facilitate integration of carcinogens into our own DNA. Plant foods can help minimize the effect,” he explains.

Traditionally, practitioners have advocated organically grown foods as a way to reduce exposure to agricultural pesticides. While the advice is still valid, “now they are finding antibiotics and hormones in organic produce fertilized with the manure of commercially raised animals,” says Juanee Surprise, DC, DAAPM, FAAIM, DCBCN, secretary of the Chiropractic Board of Clinical Nutrition.

For patients who “don’t have the luxury to eat all organic,” Reilly recommends checking www.foodnews.org for a list of most pesticide-contaminated foods, compiled by the Environmental Working Group based on data from tests collected by the U.S. Department of Agriculture.

Dr. Chernaik agrees that it’s more important to buy some foods from organic sources than others. “Organic bananas can be about 40 percent more expensive, but because of the banana peel, you don’t get as much benefit as from eating organic tomatoes, potatoes, kale, apples or pears,” he says.

It’s also important to consume foods that support the liver—the detox center of the body, says Reilly. She recommends avocado, leafy greens and “liver-loving” bitter foods, such as mustard and dandelion greens, basil, cilantro, artichokes, asparagus and kale. Vitamin C is also beneficial for both reducing the oxidative stress and improving the liver function, she adds.

Another major source of dietary exposure to chemicals is packaged, processed products. And although it may be hard to find the list of ingredients, especially in cosmetics, it’s important to read labels on products, says Dr. Surprise. “If you see a long ingredient name that requires you to have a PhD in chemistry to pronounce it, or abbreviations such as MSG or BHT, put the product back on the shelf,” she adds.

O’Brien agrees. “Buy fresh bread from the store to avoid high-fructose corn syrup and other chemicals. Our grandmothers didn’t cook with jars of Yellow 5 or acids we can’t pronounce.”

To stay away from processed foods, Cynthia Drasler, a chemical-free-living expert, an international radio show host and a former pharmaceutical researcher, recommends “shopping around the periphery of the grocery store.” “Shelves on the inside contain all the processed foods,” she explains.

For patients who have relied on processed foods for years, it may be easier to take small steps to reducing exposure to chemicals. “You don’t have to grow your own organic vegetable garden to minimize your risk,” says O’Brien, founder of AllergyKids, an organization designed to protect American children with autism, allergies, ADHD and asthma.

O’Brien, whose book presents many simple steps for freeing the diet from chemicals, recommends:

For O’Brien, whose youngest daughter’s allergy drastically improved on a chemical-free diet, the inconvenience of changing family habits is a fair price to pay for better health. “My goal is to feed my children the way mothers around the world have,” she says.