MRI’s create images of the internal structures of the body based on the energy released from hydrogen atoms.  Essentially, giant magnet is used to align the hydrogen atoms of water in your cells and as they move back into their natural, spinning alignment, they emit a tiny electrical signal.  The MRI scanner contains special coils to detect this electric signal to create a computerized image of your body.  With an MRI, doctors can see structures, such as ligaments and tendons, inside the body that can’t necessarily be seen or felt by hand. One major benefit of MRI is that, unlike CT scanning, it doesn’t expose your body to radiation.

MRI’s are used to help diagnose injuries and illnesses based on what was found during the history-taking and physical exam.   MRI can be used to image almost any part of the body: the central nervous system, the heart, parts of the abdomen, blood vessels, reproductive organs, the spine and extremities.

MRI’s are not used as scout studies.  That is, they aren’t used to go in and look around to see if there is a problem.  Instead, they are used to confirm or exclude possible diagnoses.  For example, an MRI can confirm a suspected cartilage tear in the knee or exclude a lesion in the discs of the spine.

The American College of Radiology (ACR) has created appropriateness criteria for when MRI’s should be ordered.  For example, if you  are experiencing frequent headaches and there is a change in the intensity of the headaches or if another symptom suddenly appears, such as blurred vision, ACR strongly recommends an MRI.

MRI has become the standard of advanced imaging for the spine and extremity joints.  A survey of the top 25 internists in the United States found that MRI and CT scans were rated number one as the most important development in medical science in the previous century. Below is a series of images illustrating the recent history of brain imaging. 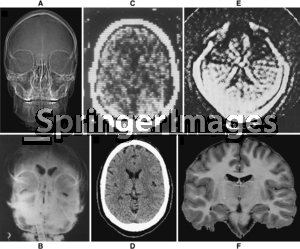