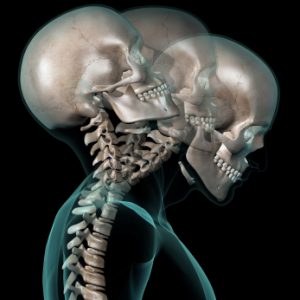 I have warned for some time now of the severe consequences of the whiplash injury. Because of this concern I would like to report on a newspaper column by Dr. P. J. Steincrohn, M.D.

We need more, many more articles such as the one by Dr. Steincrohn, under the column “A Doctor’s Views,” on this serious whiplash problem.

I would like to repeat here as much of the article as space will permit:

“Whiplash! It deserves an exclamation point. Of all injuries it is near the head of the list in its lightning-like strike at the innocent.

“When you are driving your car you are at least semi-tense and mentally alert. But when you sit quietly waiting for a light to change, completely relaxed physically and mentally,
you are at the mercy of the sudden, sickening jolt from behind which lashes your head backward (or backward and forward) on the top of your spine.”

“The result is an acceleration injury. Although it is true that some complications are a convenient and imaginary damage which serves as a basis for litigation, you can be sure that in most instances the innocent sufferer has sustained painful after-effects which may last for months or even years. (Even though litigation is over and X-rays and other examinations may not uncover evidence of damage).”

“Injury may be caused even in low velocity accidents because the head and neck accelerate with much greater speed and force than the car itself. Studies continue to be made on the causes and management of whiplash extension-flexion injury to the neck. Even rabbits and monkeys are being used in experiments. These already indicate that microscopic evidence of nervous system hemorrhage in the cervical (neck) spine may occur even when X-rays fail to disclose any major injury.”

“In rabbits, investigators found that there was also damage to the middle ear which may be one of the reasons why, in humans, there are complaints of dizziness, headaches and loss of equilibrium. Other symptoms are blurring of vision, nausea, and of course neck pain, muscular spasm and limitation of neck motion…”

If you’re involved in a rear-ender…no matter how slight, I urge you to call your doctor for a complete exam.   The “whiplash” is one accident that needs someone’s attention other than simply your own.

It is very important that injuries be evaluated quickly to ensure that the injury is diagnosed and managed appropriately.  If you are injured in an automobile accident, give us a call, at Cole Pain Therapy Group, within 24 hours.